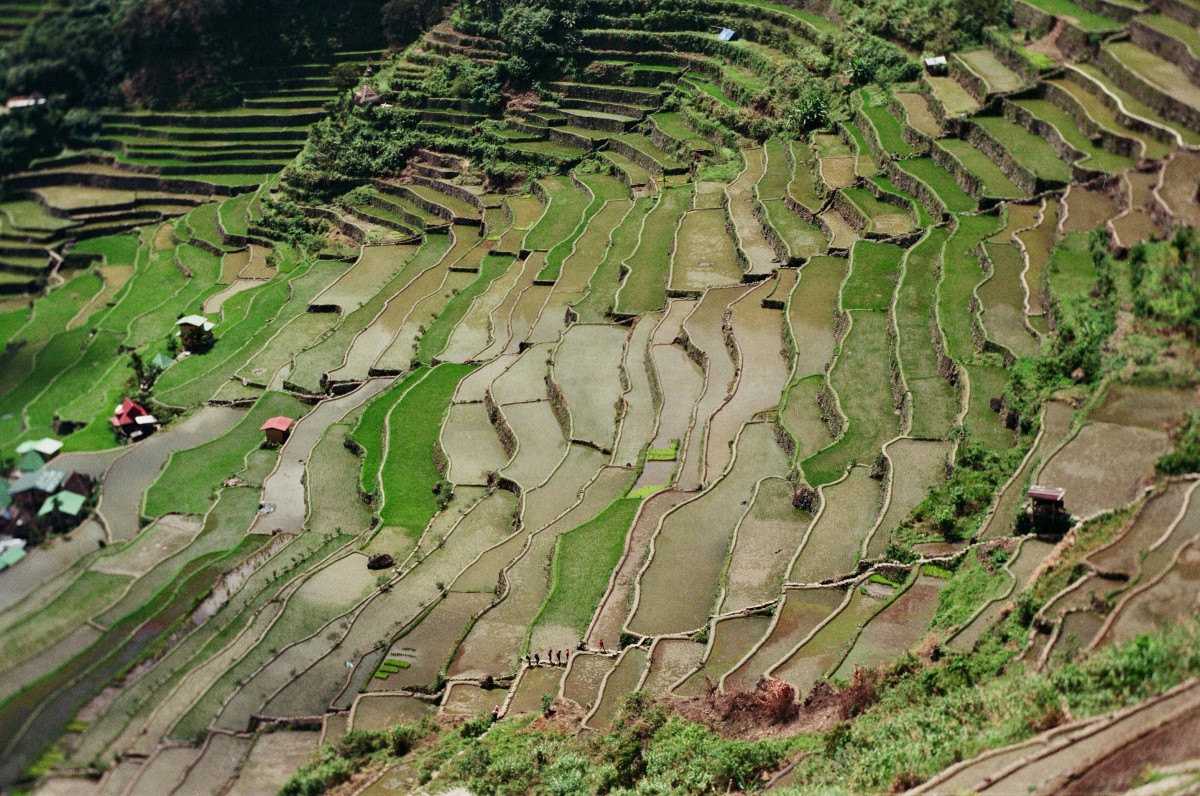 “I used to have a client in London, a lady from the Philippines. Knowing that I was a fond traveler, everytime she had an appointment she would interrupt my consult to proudly tell me stories about her country, giving both of us a chance to escape from the artificial light of my windowless consult room and dream with our eyes open for a few minutes.

She suddenly passed away before I could ask her all the questions I started to collect for her.

It’s not been so long that I’m here, however, it’s her I think of when I come across the generous smiles of the locals, their welcoming attitude, the laid back vibes, the stunning hues and breathtaking views. Those “fairytales” she was telling me were real and I wish I could tell her how right she was!”

I wrote this on a night bus journey, not longer than 3 days after we landed in Manila. As much as I am a big fan of first impressions, I normally wouldn’t let myself go so quickly. The days that were to come though, just made this feeling stronger and stronger, to the point I came to consider the Philippines one of my absolute favourite countries.

Hot but not unbearably warm, chaotic but still not impossible to make it around, smoggy but nowhere as bad as other Asian cities, unfairly criticised by most traveling books and fellow backpackers, Manila, while giving us a chance to get over our jet lag, fascinated us with a unexpected bunch of tasty ingredients.

Starting with a ride on its frankly quite tacky jeepneys, the affordable and most used filipino public transport, its unusual and definitely not-vegetarian-friendly street food (grilled and spicy chicken guts and blood cubes are considered a delicacy here – and the former really is! Not so sure yet about the latter…), their absolute obsession for a fast-food chain based on fried chicken and spaghetti, Jollibee, whose branches and slightly creepy mascot, a gigantic red bee, seem to be as ubiquitous and as packed as the jeepneys…

Doesn’t really take long to realise how much of a melting pot this place is, and, to be utterly fair, it’s not so hard to grasp which countries played a major role in shaping the country’s current identity.

The Spanish colonisers, for instance, didn’t simply leave the colonial architecture of the historical area behind, Intramuros (as the name says “between the walls”), that had to remind me so much of Cartagena in Colombia, but surnames as Santos, Reyes and Cruz, words in Filipino that have an obvious Spanish flavour (the Spanish cuchara, spoon, is kutsara in Filipino) a Latin alphabet and a Roman Catholic faith.

Americans brought plenty of innovations too and obviously paved the road to make English, along with Filipino, the official language of this country. However, locals also blamed them, and not so much the Japanese, for being responsible of major WW II damages. I was surprised to discover that Manila was the second most devastated city in the world, after Warsaw.

Manila’s art scene was another thing that we didn’t see coming: plenty of collectives of creatives and quirky art cafes in Escolta, the city’s old downtown, and the controversial and quite political creations of several local contemporary artists taking over Fort Santiago, one of the city landmarks, in occasion of the Manila Biennale.

Last but not least,  a stroll with a very much needed dim sum tasting , in the religiously ambiguous Chinatown, the biggest in the world outside of China, and a quick stroll around its surroundings, where the poor and slightly dodgy side of Manila manifested itself for the first time in form of piles of trash and crowds of homeless half-naked kids begging for money.

The reason why we managed to make such a great use of the little time we had is very simple: our friend Joy.

Joy’s a talented photographer and journalist, born and raised in Manila. Thanks to her, we didn’t waste a single minute and, after quickly dropping our backpacks at her place and making acquaintance with her beloved siamese cat, Momo, we went straight to the points of interest she picked for us,  while answering to our multitude of questions, feeding us with every possible sort of insight and introducing us to some highlights of the Filipino food culture: tinapa rice (smoked fish fried rice), beef caldereta (stew with veggies and liver paste), pinakbet (mixed vegetables steamed in fish/shrimp sauce).

Not long after it got dark, we said goodbye to Joy and hopped on a 9 hour night bus to the rural mountain village of Banaue, in the north of the country. I woke up voiceless, because of the air-condition that had been relentlessly blowing on my neck, to the stunning view of the hills lit up in the orange light of sunrise.

As we made it to our destination, we showed up at Banaue Homestay without a reservation, and got greeted with two good news: a room was available, and breakfast was about to be served. What a perfect start of the day! As we had our garlicky pork sausage (which I had to burp for the following 12 hours) and cheese and potatoes omelette on the homestay’s terrace, warmed up by the early morning sun, we admired the village of Banaue coming to life and its kids getting ready for school.

After a quick warm-up lap, where, amongst the first views on the rice terraces that make this place famous, we bumped into a few eccentric sights, including a fat and loud pig chilling in a car and two pretty ancient ladies wearing some indigenous headpieces, decorated with roosters’ feathers, we finally checked in, and immediately took the chance to shower, wear some clean underwear, and feel slightly more human again… not bad after three days of travels! We collapsed in bed for a very much needed two hours nap, and eventually got ready to start exploring around.

Under a warm afternoon sun we went for a long, off the beaten track, loop hike through paddy fields, small secluded humble villages (Tam-An and Poitan) and the jungle. In a matter of a couple of hours we had come across a few toothless, due to years of betel chewing, red mouthed, solitary rice farmers who happily told us which path to follow.  As soon as we reached the villages, we got greeted by big group of kids, waving at us while screaming “hello” and asking for our names. Probably not so used to have foreigners around, they really couldn’t hide their excitement, nor their will to pose for our cameras and neither did the grownups around, that shyly smiled at us while carrying on with their duties.  It generally felt extremely heart-warming and it right away put us in an even better mood!

We made it back to Banaue right after sunset and had our first encounter with other two traditional meals: rice garlic (that, not so surprisingly, would become our favourite side dish) and adobo (a meat stew simmered in garlic, bay leaf, black peppercorn, vinegar and soy sauce).

That night at 4.30 AM we had to become familiar with another Filipino tradition: the rooster alarm. And trust me, a fireman alarm bell is nothing in comparison.

We wanted to wake up pretty early anyway…

After another yummy breakfast and a wonderful one hour long scenic ride on a tricycle in perfect forget-about-safety-Asian-style, we made it to the first highlight of our trip: the rice terraces of Batad, a UNESCO world heritage site, and, possibly, one of the most beautiful places I’ve ever seen.

We spent the whole day there, hiking up and down the rice terraces which severely challenged our legs and lungs, and made us sweat in a way that is hardly imaginable. My effort asthma was definitely put to the test, especially when we hiked the steep descent (and consequent way up) to the 21 m tall Tappia Waterfall. The icy droplets on our skin though had to be the much needed reward!

Batad is much more scenic than Banaue, which reflects in a way larger amount of tourists. The only difference between us and them is that we decided not to pay for a guide, which led us to inevitably get lost… Possibly every thirty minutes! Not much of an issue though when the locals around are so down to help you out. Once again, we came across a few very humble villages, and, once again, we couldn’t help but notice how genuinely happy and smiley everybody seemed to be.

We finally took a break from the hike at the Hilltop view restaurant and had a (very) late lunch (early dinner maybe) with a view, while sipping an ever-so-longed-for ice cold San Miguel beer and what was meant to become my all time favourite Filipino dish: sirigang, a sour and savoury tamarind based soup (with meat or fish according to the region).

As the sky turned cloudy and grey, we made our way back to the tricycle and eventually to our homestay in Banaue, where we took a very much needed shower, and got ready for another night bus ride back to Manila. 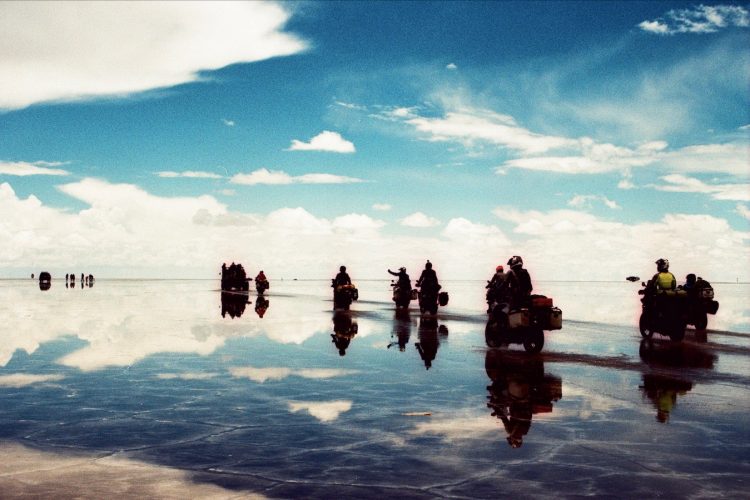 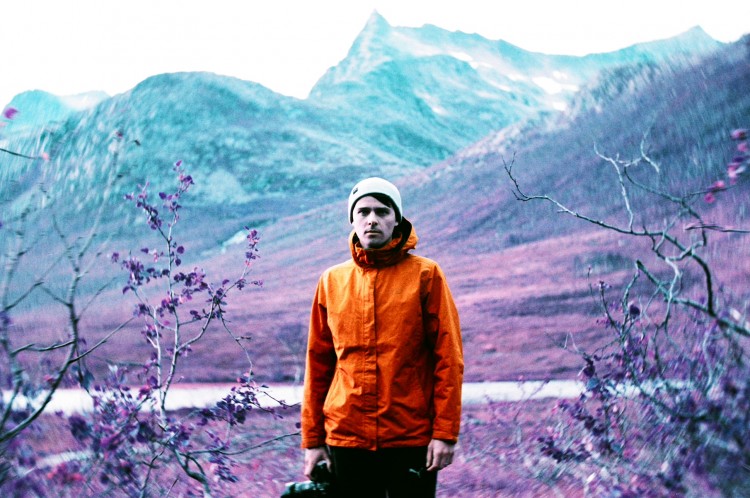 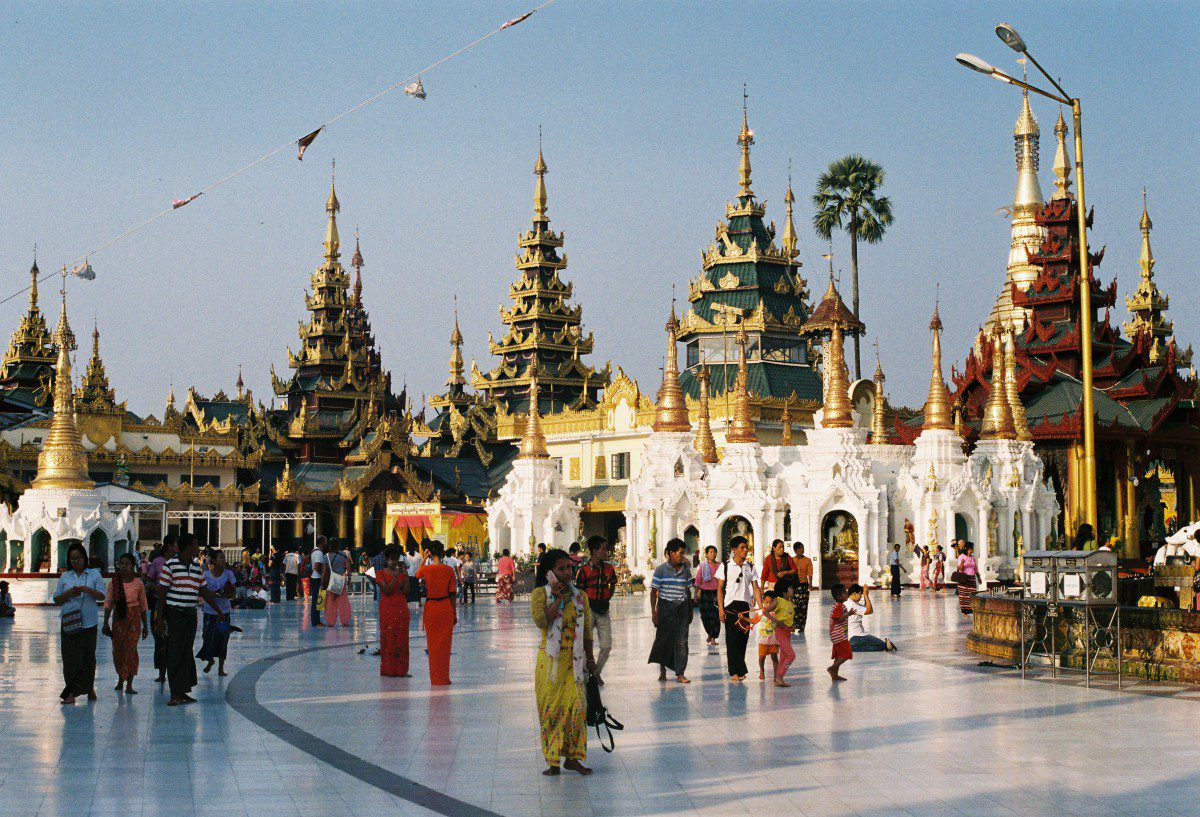