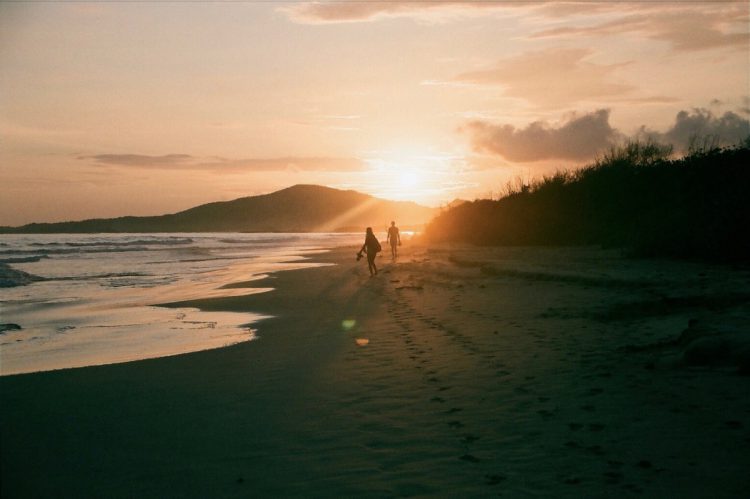 Isla Isabela, the youngest and largest island of the archipelago, finds itself on the western part of the Galapagos. Five out of the six volcanoes the island originated from are still active. The landscapes that were molded from the different lava eruptions have forced several species to adapt, resulting in Isabela giving home to a huge variety of rare subspecies, mainly of giant tortoises.

We reached Isabela’s main village, Puerto Villamil, after a spectacular 2 and a half hours motorboat ride in the Pacific Ocean. During the journey we came across a few almost submerged crooked shaped volcanoes and a quite impressive horseshoe shaped one, mainly inhabited by blue footed boobies. It doesn’t take long to realize that Puerto Villamil is nowhere as touristic as Santa Cruz’s Puerto Ayora. The shops are few, the unpaved streets are dusty, and, apart from its main square’s buzz, it’s quite hard to bump into locals. Isabela was recently forced to reinvent itself as a touristic destination since, due to overfishing, its main source of income was no longer available. However, only a small portion of the island is accessible to tourists, which contributes to preserve its wild and untouched charm.

After swiftly checking in at the very shabby yet affordable Posada del Viandante, we walked to Concha y Perla, a beach, famous for its shallow transparent waters and marine inhabitants. Not so impressed with the snorkeling but definitely amused by Isa’s close encounter with a scaredy-cat sea lion. The sea lion, who was sleeping under a bench on the beach, suddenly stretched and touched Isa’s feet. Unaware of each other presence, they screamed in unison as a reaction, making the day of everybody who witnessed the scene.

There was something weird about Puerto Villamil and its surroundings in the early afternoon. Maybe because of its ghostly atmosphere, the discoloured hotel signs or maybe because of the vastness of its landscapes. I remember the sun relentlessly burning my skin, completely ignoring the thick layer of protection 50 sunscreen I covered myself with. I also remember the lack of human sounds, with the exception of a local reggeton radio station that was echoing like a broken record from somewhere far away. There were the waves, the rustle of the blowing wind through the palm tree branches, kilometres of lonely shore ahead of us and a huge colony of lava iguanas. Wait, what?
I’m talking about thousands motionless iguanas sunbathing on top of each other and making up for the lack of humans around. Never, in my life, I could have pictured such scene.

Few ocean dips after, we left the beach behind our back and ventured the narrow wooden boardwalk that cuts through Puerto Villamil’s wetlands. After a countless series of fairytale-like scenarios, including a Tim Burton’s kinda wood of gnarled manzanilla de la muerte (translated “little apples of dead”, a variety of poisonous apples that are actual treats for giant tortoises, the only animals able to digest them without going through the pains of hell) we made it to another tortoise research centre (Centro de Crianza Arnaldo Tupiza), which we liked better than Santa Cruz’s Darwin one, and to a flamingo lagoon. As the light turned orange/pink we made it back to the shore and had a romantic walk on the beach while the sun was setting.

It got dark. And loud. To our surprise the town came suddenly to life, with all its inhabitants taking part in street parades for the imminent elections and making it quite hard for us to find a table for a fish-based merienda at the locals stalls.
That night wasn’t fun. The air was so thick and hot to make the worn out sheets of the hostel become one with my sticky skin. I just remember wanting with all my heart to strip down naked and point the noisy and rusty room fan in my direction. The mosquitos and the loud snoring of the guy in the bed next to mine served as cherry on top. Waking up at dawn, for once, was not such a big deal.

After a quick carb booster at Panaderia Fregata, we joined a volcano tour and hopped on a van leading to volcano Sierra Negra (1124 m above sea level), which we reached after about one hour mountain trek. This volcanic caldera is between the widest in the world and it is utterly covered by lava flows, outcome of the last volcanic eruption, dated 2005. It was quite a jaw dropping show, but very hard to capture without a wide angle lens. On our way back, while walking under a sudden shower, we had to chance to get inspired by the radiant Kate, an Aussie that managed to transform her travel bug in a rewarding profession.

Isabela was actually hard to enjoy on a low budget. Most of the snorkelling spots are, in fact, reachable only with very expensive tours or cruises. The island’s conformation itself doesn’t actually leave room to independent exploration. Therefore, once done with the free of charge activities, we hopped on a motor boat and sailed back to Santa Cruz island. 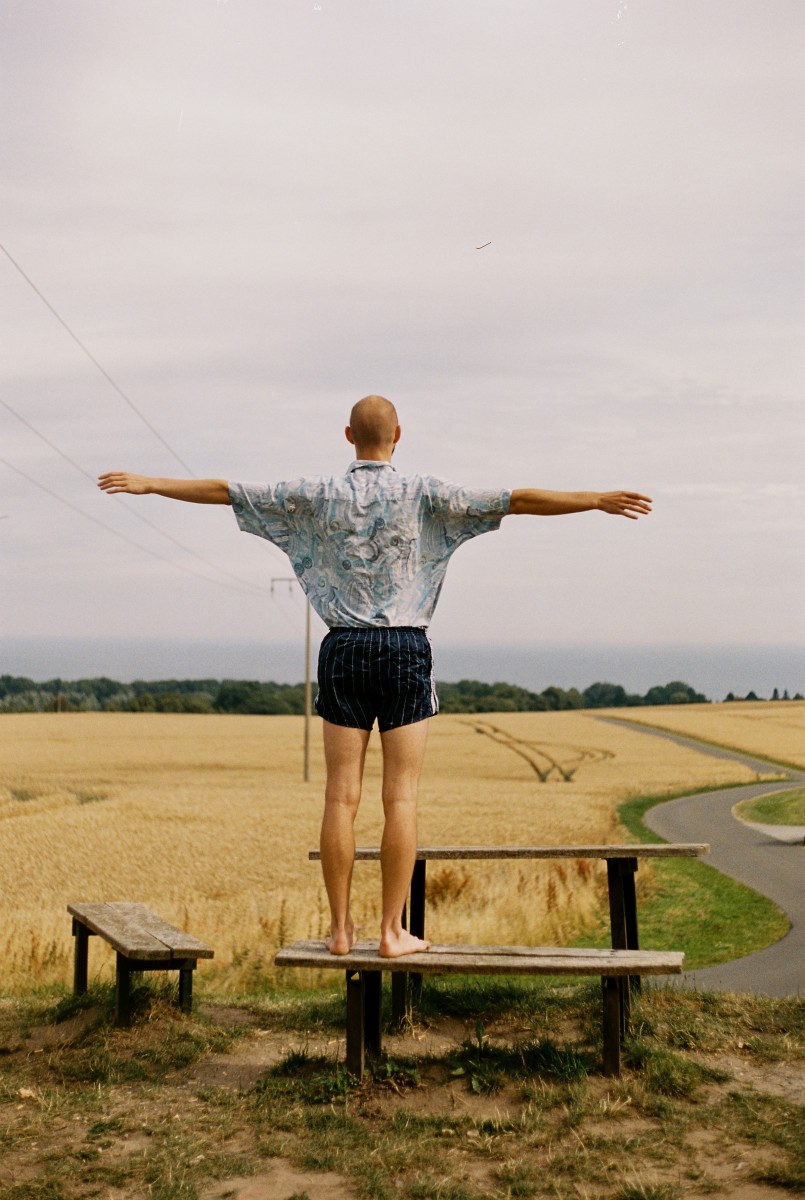 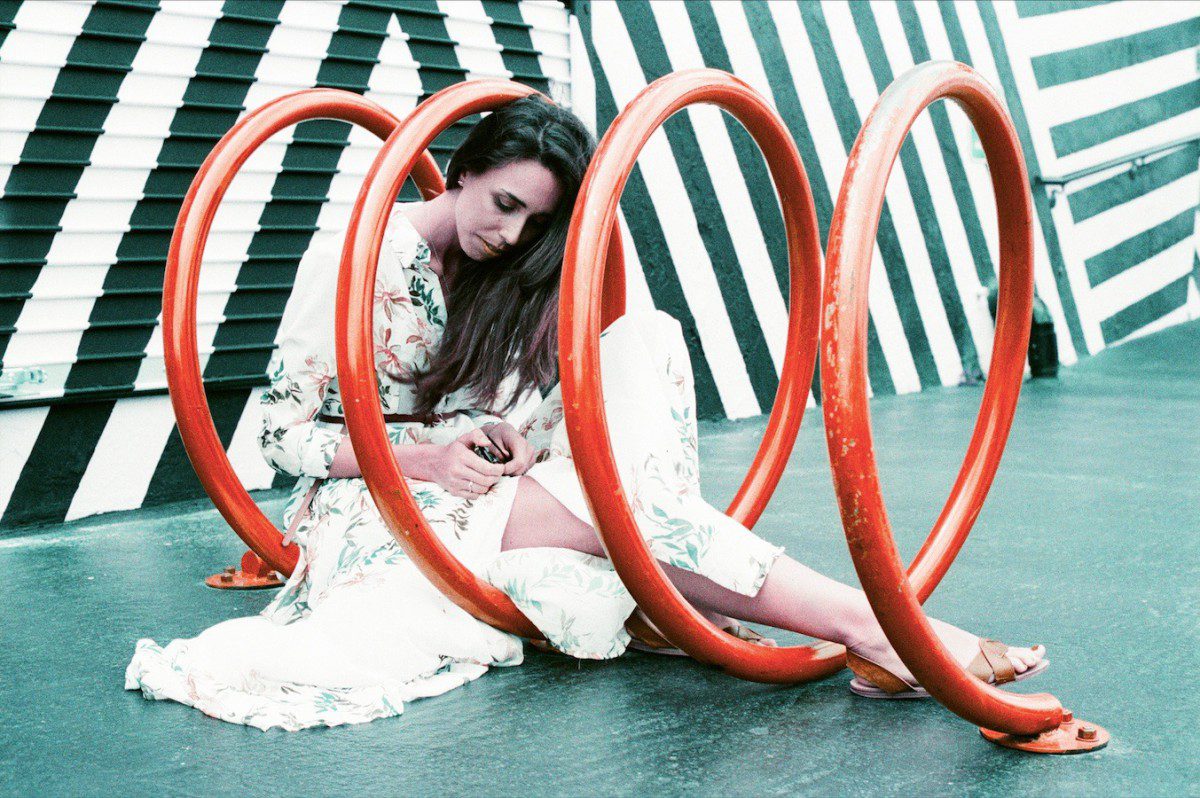 Back To Flamingo Palm Neon