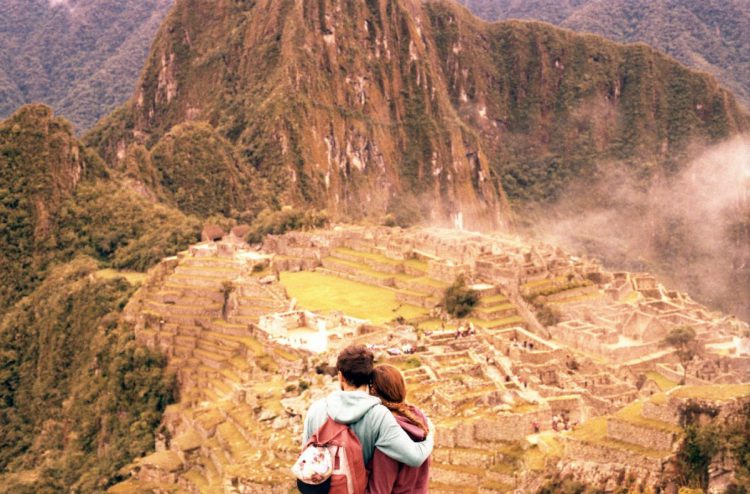 Days spent: 2 (including the return journey)

Days recommended: 2, the whole way to get there is as worth it as the majestic Inca citadel.

Where we slept: sleeping is an euphemism considering that we set the alarm at 3.45 AM in order to make it to Machu Picchu’s gates right in time for dawn. Anyway, we booked a double room @ Sinchi Roca in Aguas Calientes, the closest access point to the UNESCO site. Accommodations have blossomed at an incredible speed here in the last years, but not much effort has been put in making them comfortable or pretty. People have to stop by, no matter what. Ours had no WIFI but, at least, hot water. Don’t take it for granted!

What we ate: nothing worth mentioning eheheh. The restaurants here are quite a few but very much in the rip off/low quality style.

How we travelled: oh, this is a good one! So, willing not to pay the 200 dollars required for the 2 hours train connection from Cusco to Aguas Calientes (yes, you heard well), we started asking to fellow backpackers about other solutions. And yes, there’s a cheap one. Jump on a small and quite packed van from Cusco, drive through unbowed mountain passes first, followed by llama pastures, jungle villages, shaky wooden bridges and condor-inhabited canyons (with a lovely gully view right out of the window) for a total of 6 hours. Then finally leave the van at Hidroelectrica, a hydroelectric power plant. Here you’ll follow for 3 hours the tracks of the rip off train you didn’t want to afford with a myriad of other penniless sweaty backpackers. To ruin this otherwise quite enjoyable jungle trek, we got hit by a sudden violent storm and walked for half the time under a remorseless cold shower. It was the raining season after all. That’s when a hostel with hot water makes a real difference.

How Machu Picchu affected our wallets: well, it’s not cheap like other places in South America but, c’mon, those 70 dollars for the entrance ticket are incredibly well spent. You can make it more affordable anyway by not falling into the long series of tourists traps.

Issues we encountered: Just related to the weather. Starting the day with soaking wet and smelly trainers and jeans was not what I really wished for.

Would we recommend it? Are you kidding me? YES, YES ,YES! Machu Picchu made it straight to both mine and Isa’s South American top 3.

Analogue tips: panoramic lens! And definitely bring different cameras, loaded with films of various speed, with you. This gives you the flexibility to shoot at dawn, or capture the fog around the mountains or the bright sunlight shining through the clouds.

What to do: We woke up in the pitch dark night to get to the gates at the bottom of the hill taking to the Incan citadel’s entrance. Those gates open at 5 AM and the hike up, made of too many to be counted, big, steep and slippery stone steps in the middle of the wood, when completed at a very fast, run-for-your-life pace, takes around one hour. This allows you to be at the main gates at 6 AM, in time to be amongst the lucky people to marvel at the mystical ruins view at sunset. Only problem is: you’re not alone. The queues at both gates are crazy and the crowds are hyper competitive and feisty. We fell in a sort of racing frenzy and hiked much faster than we should have, taking an unexpected joy in seeing fellow backpackers giving up the run to catch their breath. I just know that, at one point, after witnessing plenty of people ahead of me suddenly collapsing on the side of the track, I turned to see how Isa was coping. She was bright red in the face, dry lips, manic gaze and she yelled at me “I can’t breathe but if I stop I’m gonna DIEEEEE!!!”. To make matters worse, with all that physical effort and sweating, the long plastic rain coats we were wearing plunged our bodies in a tropical monsoon kind of atmosphere. However, stopping to take them off would have meant dozens of “competitors” overtaking us, so we stubbornly wore them until we reached the top.
But don’t be afraid. If you’re not into this kind of madness, you can get a 15 minutes bus for 20 dollars that will drive you straight to the main gates. To be really fair though, getting on top that AM was one of the most rewarding feeling ever.
The gates open and you’re let in. No matter how hard you try to hold yourself from taking pictures: this is one of the most beautiful and unique places you will see in your entire life.
We couldn’t help but thinking all the time how the American historian that discovered Machu Picchu, by chance, while on a mountain trek at the beginning of the 20th century, must have felt.
Everything at Machu Picchu is there to blow your mind: the citadel’s incredible and clever structure, its wild and remote location, the thick clouds surrounding it and the sun rays making their way through, making the whole scene look both heavenly and surreal.
We spent there many hours but really couldn’t get enough of it.

Things we missed: the Inca trail, described by many backpackers as one of the highlight of their South American trip. I guess it can be a huge hit or miss. Considering how cold and rainy the weather had been in the previous days spent in Peru, we really didn’t feel like taking the risk. It’s a 4 days trek, and the idea of not being able to take a hot shower for 4 days, or sleeping in a tent with soaking wet clothes, underwear and socks while freezing to the bone didn’t sound too appealing. Especially when it costs you around 400 dollars. Check the forecasts.
We also didn’t venture Huayna Picchu, Machu Picchu’s bordering hill which, after another countless series of steep and narrow steps, leads you straight to the picture perfect above view of the Inca ruins. Why didn’t we? 3 reasons: tickets were sold out (only a very limited amount of tourists is allowed on top and, normally, you must purchase the tickets with some notice), our schedules were quite tight (we had to rush back to Hidroelectrica to catch our return van), our feet would have given up on us (as if the morning race hadn’t destroyed them enough).

Who deserves a big thank you: the spitting llama. Might sound a bit mean. But I sort of enjoyed the moment when a llama, which had been previously chased for hours by a bunch of Japanese girls craving for the perfect selfie, lost its cool and spat right in the face of one of them. Her reaction was also quite priceless: after a short phase of obvious disgust, she burst in the biggest laughter! And got quickly joined by all the tourists witnessing the scene. 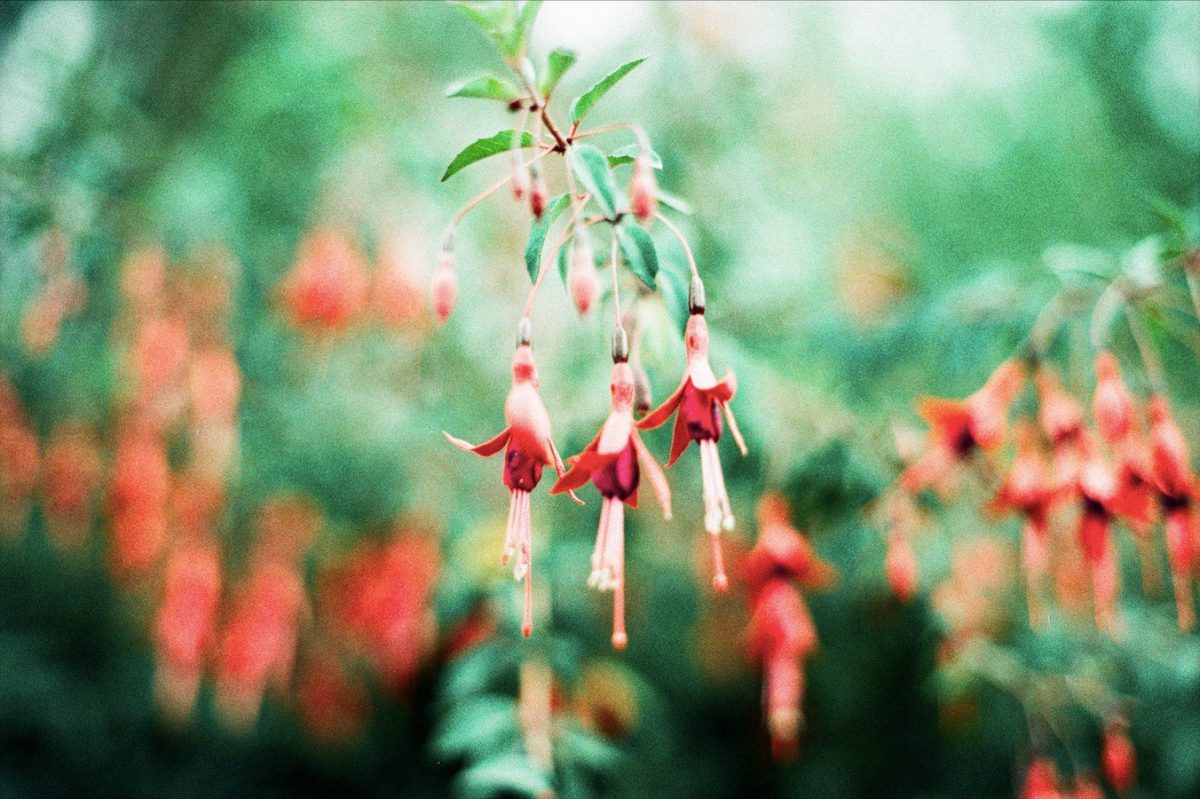 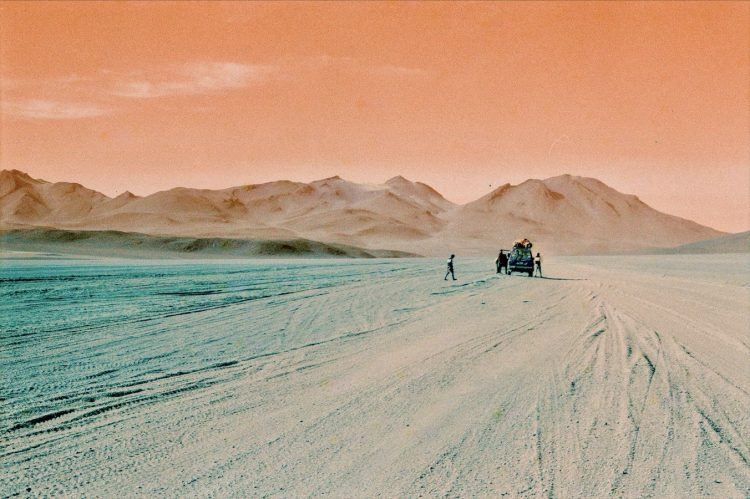